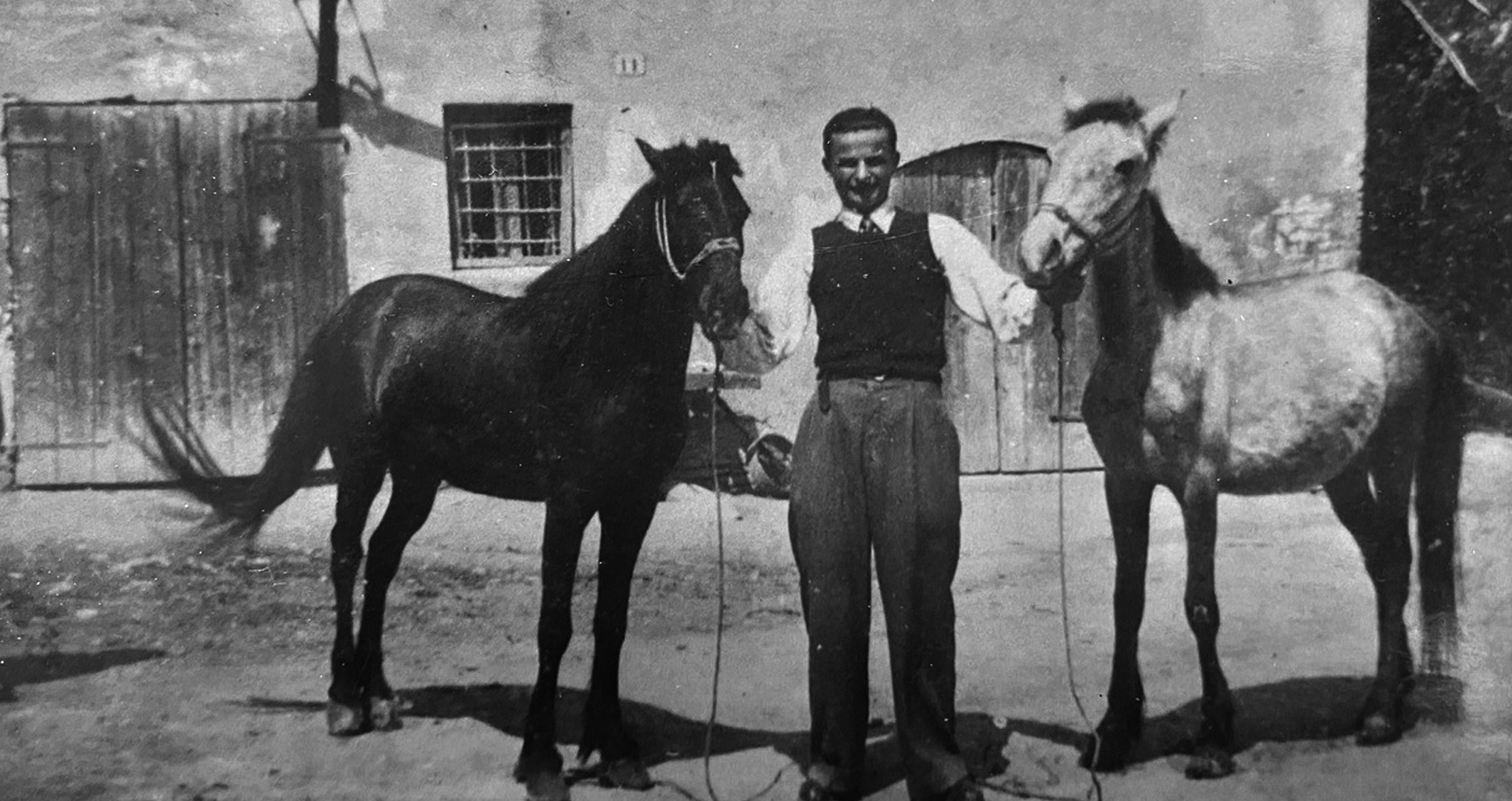 “La Casa del Fornaio“, Molino Paolo Mariani’s bread-making and research laboratory, is a fundamental link between the Mill and the white art world. It is exactly here that the knowledge and sensitivity of both the miller and the artisan finally come together to value and respect the raw material… The crackling of the bread crust, the muffled background that accompanies the first minutes of life of the loaves, the heat of the oven that floods the room, the intense scent of wheat that permeates every corner. Here, smells and memories have a key role, an olfactory memory that goes back to four generations with long and frequent time shifts, following the rhythm of the baking.

After all, when you walk into Molino Paolo Mariani’s, you already know that you won’t be talking “only” about flour. That is for sure, if you are greeted by Giuliano Pediconi, a master baker who has set the standard in the baking field both in Italy and worldwide; one of those artisans who have left their mark; but maintaining the humility and sincere approach of the “shop” boy.
His story, gained in the field, can be understood while his hands move quickly on the baking countertop and the dough takes shape. Danny Mariani carefully observes every phase of the process. He is a true miller, like his grandfather Urbano, who used to live next to the Mill and who used to have lunch every day with the open windows, listening to the grains being ground, in a perfect orchestra of sounds that could be out of tune if there was even a small fault in the milling process. 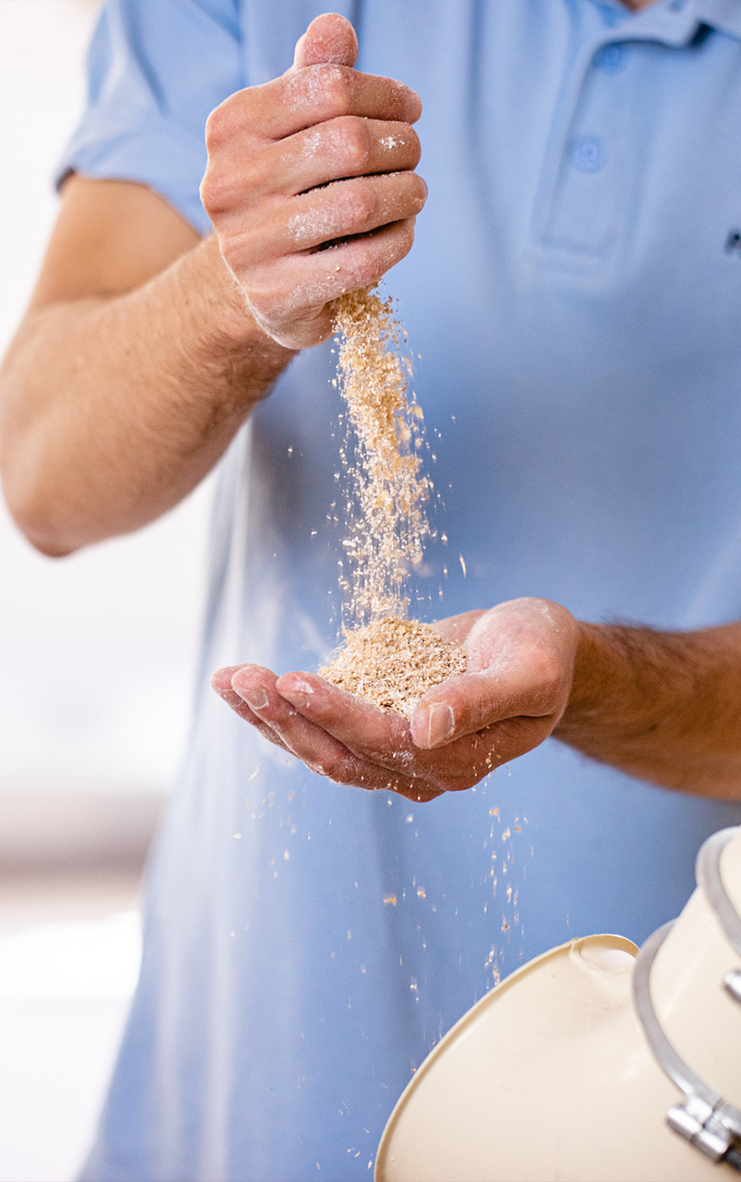 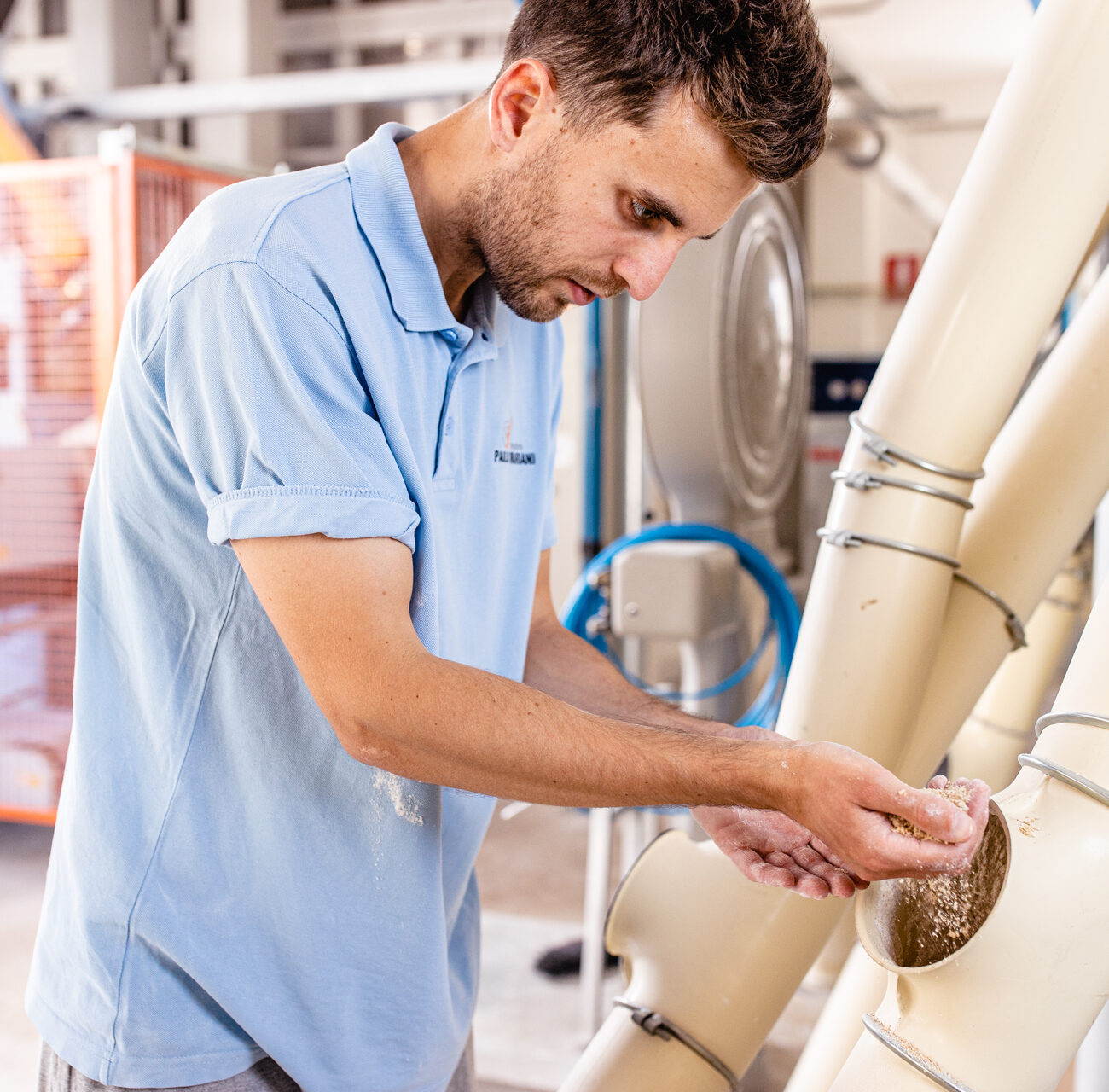 This and many other anecdotes are preserved and narrated today by Lucia, Danny’s grandmother, called Cia by her friends, but mostly they are shared by Danny, who, motivated by the story and the traditions of his family and his beloved land, has decided to go and study in Switzerland, at the Swiss School of Milling in St. Gallen, the best milling school in the world.
But the family story remains central. There isn’t a step in the supply chain in which it is impossible not to mention the name of Urbano, who continued the family business together with his son and daughter (Paolo and Silvana); after that the founder Quinto moved to Barbara, buying an old stone mill, powered by water from 1792.
“But we are a family of millers, since ever. I think we’re even more than four generations”.
It’s thanks to his grandfather that Danny has inherited his love for the wheat varieties, and mostly for the Mill, a cylinder system in which the different parts of the wheat grain are gently ground, implementing just the right pressure in the different grinding phases.
“Stone milling is our history, but we should have a look towards the future. When, in recent years, my grandfather saw this return to stone, he was completely shocked!” He was the very one who for years spent so many Sunday mornings engraving the stone mill, which today rises in the garden at the entrance. Before the milling process, however, there is the resting phase, “each grain has its own hardness, which can be perfectly softened with water, so that during the milling process, the wheat grain is not stressed”.
And each wheat variety is given value and respected into a special flour. Among the most interesting projects, in fact, there is the one of Monocultivar, wheat varieties which are sown, harvested and milled in purity in order to give value to all their intrinsic characteristics. There is Alpha, for example, “the wheat of crunchiness”, a variety typical of the 50′ deriving by the crossing of Gentil Rosso wheat with some other grains invented by Strampelli several years before, or Zeta, “the wheat of sourdough”, cultivated in the hills of Castelli di Jesi. “Ours territory is perfect for the cultivation of wheat: this is a true paradise for the cereal.” Since 2014, thanks to Paolo Mariani Family, there has been an active supply chain in Le Marche region, formed by professionals whose knowledge and skills are always evolving according to the unique needs of each vintage year. There are many protagonists in the supply chain, which ends with the baker, who in the laboratory “La Casa del Fornaio” can have an open dialogue with other artisans of the field; holding courses, and experimenting with new flours and grains, continuing the research. Now it’s time for panettone, which in Paolo Mariani’s is made with Omega, a wheat variety of recent origin cultivated for the first time in 2019 in Le Marche region. But this – like many others around the Mill – is another story. 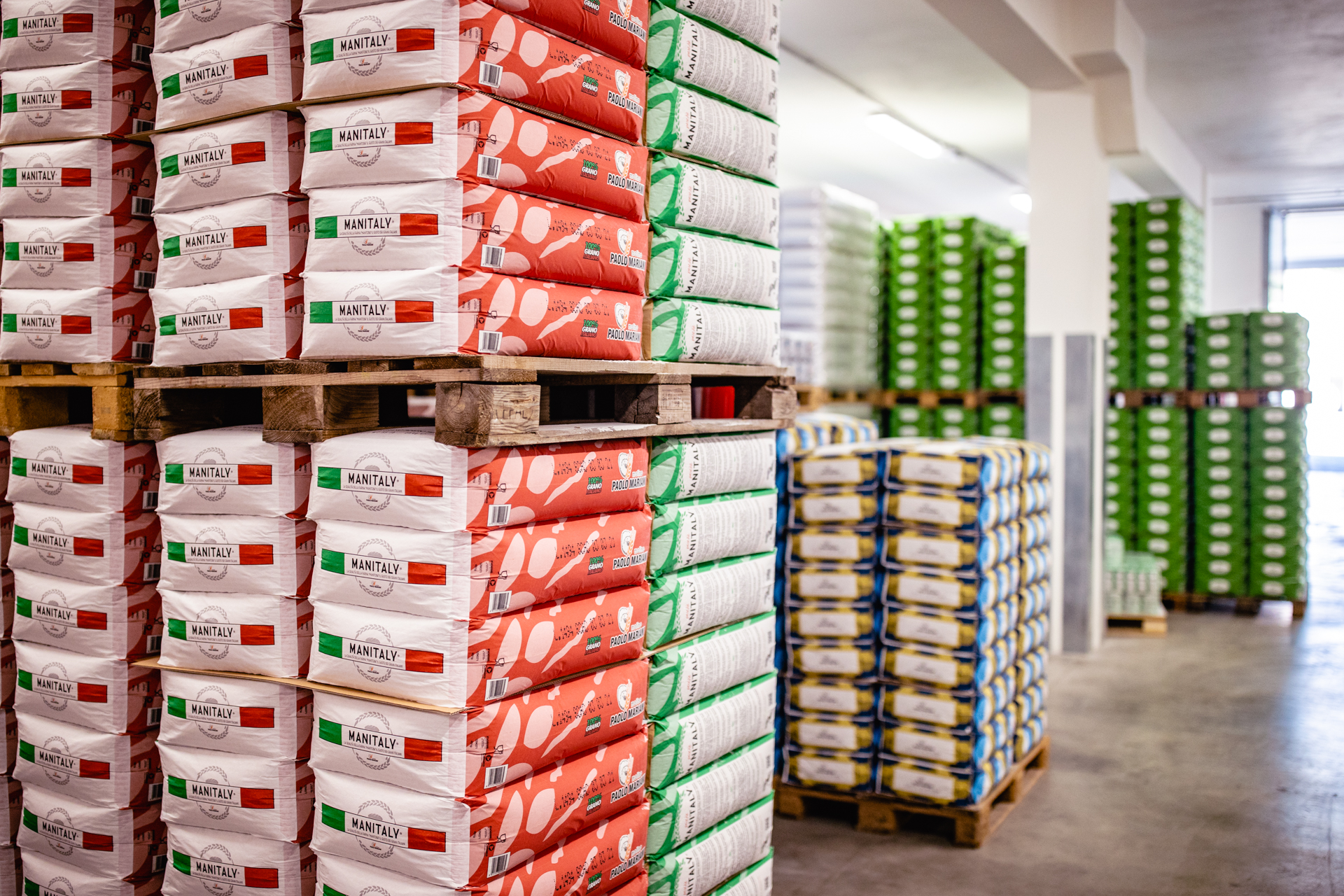